[9th Oct]
We are now in Czech Republic in Olomouc with Michal, a friend of Mama and Papas, and today he showed us a natural cave which you pay to go in and a guide takes you through. It had a path so you didn’t have to climb around. First we walked on the upper level and we could almost touch the stalactites on the ceiling. Then the guide, who spoke no English so wasn’t much use, showed us through onto the second floor down. On the second floor he showed us ‘the carrot’ a stalactite which was 2 metres tall and we learned that the stalagmites and stalactites, grow on average 1mm every 10 years! We walked on through the narrow passages and then we came to something that looked exactly the same as a curtain when it had a light behind it, but it was actually limestone shaped as a curtain. Then we kept walking through the passages and caves and then we walked out the exit into a forest and I found it interesting how such a big cave could be sitting in the woods. We took some great photos of the stalagmites and stalactites, here is an example… 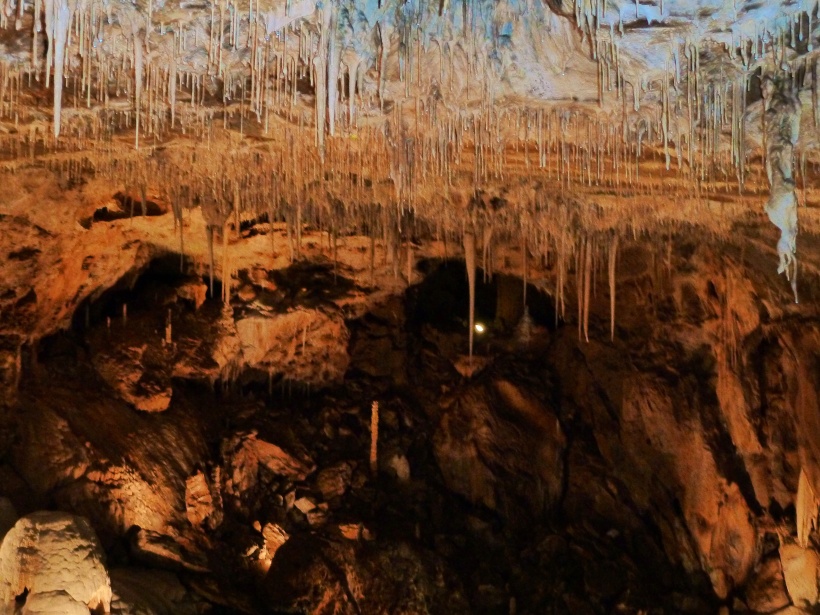