Despite feeling a little jet-lagged, we made an effort to wake up reasonably early on Wednesday morning and head into the city for some first impressions of this bustling Indian metropolis.
We visited the Gateway of India, a gate structure which was erected by the side of the arabian sea to commemorate the landing of their Majesties King George and Queen Mary when they visited India in 1911. We also looked at the area nearby. In the midst of crowds of tourists, beggars and entrepreneurial locals who were trying to sell all sorts of things to passers-by – from ice creams, to photography and hastily spoken blessings which included some sweets and a wool ribbon tied around the wrist in exchange for a donation – we quickly learned to be wary of these sort of services on offer.
Later we looked at some shops and bought some very nice new clothes for the boys and myself at a wonderful Mumbai shop called Fabindia. We had a late light lunch at a vegetarian restaurant called Chetana, in the art district of Mumbai and opposite the Goethe Institute. There was an art exhibition outside and while we waited for our driver, we admired the many beautiful paintings displayed by the roadside.
By the time we had to return to our hotel to collect our luggage, we had only managed to see a small fraction of the places we had planned to see in Mumbai, but it was time to drive to Sudha’s place, a former colleague of Jayesh’s, who had kindly invited us to stay at her house. After a fascinating drive through the hustle and bustle of the city, we were warmly welcomed by Sudha in her apartment. After enjoying a cool, green drink made out of spinach, cucumber, pineapple and lemon juice, we had a wonderful home cooked meal which we all loved. 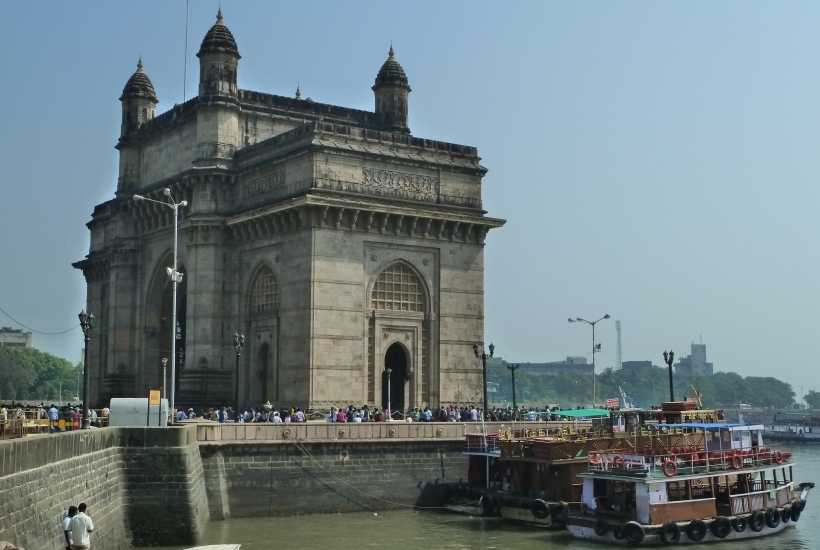