After lounging around in the Funk Lounge Hostel, catching up on emails etc. , we left Zagreb heading for the Plitvička Jezera, a beautiful set of lakes connected by lots of waterfalls, varying in size. After about 3 hours of driving, we arrived at the site of the lakes and had lunch in Clifford. After some thought, we decided that we would come back the next day, greatly due to the fact that the weather wasn’t perfect, (it had drizzled while we were having lunch) and we wanted to get our money’s worth from the entry fees. We stayed the night in the nearby campsite where, as soon as we’d arrived, chosen a place in the campsite and set up, it started pouring down with rain. As soon as it opened, we went to the campsite cafe, primarily for some more space, but also to play some games, such as chess. Here, for the first time ever Nilay beat papa at chess meaning in the space of 2 days both of his children have beat him in chess!

The next day we tried to be as quick as possible packing up so we could have the most time possible at the lakes. After arrival at the lakes( at exactly 10:00) we decided to do walk C, the 4-6 hour walk which included a boat and bus trip. Straight away we got to see the biggest waterfall (78m) called the Veliki slap (slap means waterfall in Croatian). We walked past many other magnificent waterfalls and spectacular turquoise lakes. Just before our boat trip on the biggest lake, the Jezero Kozjak there was a lake and a waterfall named after me! The lake was called the Jezero Milanovac (we learned that Jezero means lake) and the waterfall was called Milanovači slap which linked the Jezero Kozjak and the Jezero Milanovac. 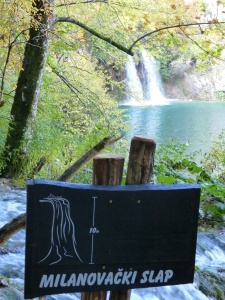 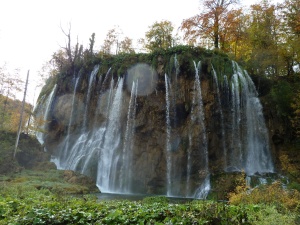 After our fantastic experience in this wonderful national park, which is a UNESCO World Heritage site, we headed down to Zadar where we are staying in a lovely apartment